Alongside water, hops and yeast, biscuit malt is a staple in a variety of brews. It’s essentially a Belgian style of speciality malt characterized by a unique biscuit flavour and hence, the name. Some find the term, “saltine cracker” more appropriate to describe the malt’s flavour. Whatever you might call it, the fact remains that biscuit malt is the second most widely used speciality malt, after crystal malt. Brewmasters prefer it to ensure a unique component in their recipes.

Biscuit malt has a fairly short evolution history dating back to the 1800s when the drum roaster saw the light of the day. The time coincided with Britain’s machine revolution brewing a storm in Europe. With beer production moving from artisanal to the industrial form of manufacture in the post-machine revolution era, the demand for biscuit malt just grew. Another epoch-making event for biscuit malt came in the 1990s when the craft beer surfaced, per the malt review.

Presently, this speciality malt is a common fixture in virtually all Belgian ales, and the majority of American and English ales as well. The strong toasty, nutty flavour doesn’t gel well with many lagers but is ideally suited for virtually all ales, whether light coloured or dark coloured.

Biscuit Malt is usually complemented with dark roasted malts, especially in pale ales. It all boils down to introducing the unique bready, toasty flavour while retaining the ale’s distinctive colour. Though biscuit malt isn’t as strongly flavoured, it’s still used in moderation for a subtle flavour.

Specialty malt is a popular option for brewing brown ales as well. Herein, it can constitute up to 10 to 15% of the entire grist bill. Red ale, ambers, certain lagers, bock, and many other beer styles also benefit from the specialty malt’s exquisite characteristics.

Brewmasters the world over are increasingly relying on this speciality malt for stout, porters and other darker beers. The idea is to introduce greater complexity and malt aroma, rendering a personality and character to a recipe. Here too, the malt percentage is deliberately restricted.

Biscuit malt is a result of a unique and well-controlled production method perfected over years. As any malt review will tell you, the production involves drum roaster to roast barley without burning it. The grain is kiln-dried and germinated and later exposed to high temperature for a short duration. The exposure renders the grain a characteristic colour of 30° Lovibond/SRM.

The roasting done here is essentially dry roasting, meaning the grain is roasted without any moisture. It’s the dry roasting that helps develop the biscuit, toasted and nutty flavour that defines biscuit malt and the brews it’s used in. This speciality malt is devoid of any diastatic power, thanks to the high temperature the grain is exposed to during the roasting process.

What makes Château Biscuit Malt a cut above the rest is an exquisite, optimized flavour. You get the right toastie flavour in ales, stouts, porters, ambers, and every other brew that requisites biscuit malt. Château Biscuit Malt ushers in the delicate touch of chocolate and black malts, making the brew livelier. Castle Malting makes its speciality malts with passion and precision. Only the best barley is selected and lightly kilned, and lightly torrefied at up to 160°C. 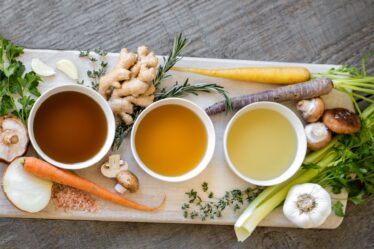