The 8 Most Common Travel Myths Busted!

Travelling is one of the most beneficial things a person can do for their mind, body, and soul. We see posts and stories of people around the world embarking on journeys – whether for company, recreation, relaxation, or adventure – every time we log on to social media. Any time we open our social media feeds – Instagram, Facebook, and Snapchat – it’s difficult to avoid the swarm of travellers.

People can be found in mountains, beaches, spas, and hiking trails. While this is also a type of virtual travel, it also makes the heart long for a similar adventure to the ones we see. When it comes to travel, however, many people are plagued by doubts and insecurities. The majority of these suspicions are an outcome of urban legends that we often encounter.

When it comes to travel, these misconceptions also turn into excuses, and everybody has an explanation for why they can’t do it. There are a few myths that need to be dispelled to get your next trip off on the right foot, particularly with so much bad information out there, from upgrade tips to currency exchange tricks. So, let’s get this party started!

‘I can’t afford to fly,’ or ‘It’s too costly,’ is one of the most popular travel myths. The truth? Travelling is actually less expensive than staying in a big city like Sydney, London, or New York. You have more options than ever to save money on travel thanks to credit cards, loyalty schemes, and frequent flier miles. By doing their homework and learning about credit card points and miles, countless people at all income levels are able to not only fly but also upgrade and redeem rewards for luxury travel.

Yes, we are aware. A LOT of people roll their eyes at this one. When you travel, you’ll hear tales of muggings, pickpocketing, and other unpleasant incidents, but guess what? It can happen anywhere, and it’s usually because of a mixture of ignorance and bad luck. Travel is not dangerous, despite what you may hear on the television or read in the newspaper. Of course, there are certain countries and cities you should avoid visiting alone, but for the most part, incidents can be prevented by using your brain and common sense, and the world is much better than it is depicted.

We understand. The duty-free merchandise, which includes everything from champagne to perfume, chocolate to cosmetics, is extremely enticing. That doesn’t mean it’s always a good deal, though. Duty-free simply implies that no taxes will be collected; it does not imply that rates will be lower. Duty-free shopping can be a good deal in some countries, but in others, you’ll pay more than the highest retail rates in your hometown. Therefore, don’t make assumptions and please do your homework.

That isn’t entirely incorrect. While street food has the potential to make you sick, what makes you think that eating at a five-star restaurant won’t? At the very least, with street food, you will see how it is prepared and served! In that five-star kitchen, who knows what’s going on? One of the most enjoyable aspects of travel is eating street food. It’s cheap, fast, and served hot – straight from the stove – and it gives you the chance to sample authentic, regional cuisine alongside the locals. Never judge a book by its cover.

Is it true that having a family prevents you from travelling? All of the families who have done it, are doing it, or intend to do it disagree. It won’t be quick, and you’ll probably face the most opposition of any community hoping to fly, but that doesn’t mean it’s impossible. Many people want to cite a slew of myths about why it’s a poor idea to take kids on the road for an extended period of time, as well as a thousand other explanations, all of which are reasonable, but all of them can be refuted. Give it a shot. You will not be sorry!

You will never be alone if you can communicate and connect with others. Sure, it takes a little extra time, but keep in mind that there are plenty of other solo travellers out there who are excited to meet people just like you. When you fly alone, you are forced to encounter other travellers and locals. It’s scary to put your faith in new people, but the kindness of strangers never fails to amaze. You won’t know until you give it a shot!

That’s incorrect. There is a distinction to be made between a 6- to 12-month trip and a 10-day holiday. We regret to inform you that travel does not always include sunsets and cocktails. Travelling can be exhausting depends on how fast you switch from one location to another, particularly if you’re on a budget. Time zones, different beds, jetlag, and long travel days can all be extremely physically taxing.

There are still good deals and flight offers available. Keep an eye out for them and check your email from time to time. There’s a fair chance you’ll get a good deal. Flights with a lot of stopovers and those that depart early in the morning are usually less expensive. You just need to dig a little and be patient.

So, there you have it: the debunking of the eight most famous travel myths. If you’re still stubborn about believing in theories rather than reality, virtual video travel is a good option. You won’t have to worry about money, kids, street food, risk, or jetlag with virtual tours. From the comfort of your own house, you can go anywhere in the world. Simply relax and take it all in. 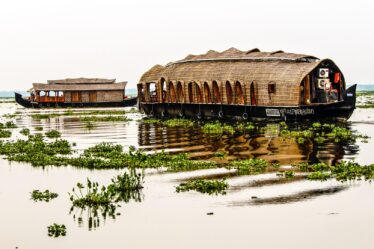 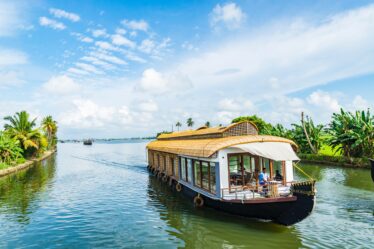 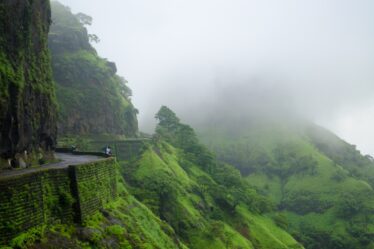