My kiddo wanted something special to bring to school for her birthday and since she is my last kiddo I will basically make whatever if possible. I try to make something cool cause I am blessed to be a stay home momma that LOVES to bake and add some type of crafty edge and I am in. Must be why I love making her bento lunches too….

My only problem is my kiddo told me the night before she wanted to bring something to school a day early, because there is a short school week due to testing. Ok my bad, I should have known that but this week has been a doosey and I would have known anyway because that I usually check the calendar for the next day or get a email from school as a reminder. AARRGGH, so the cupcakes will be semi-home made as I can cut out the cooking time and just decorate. 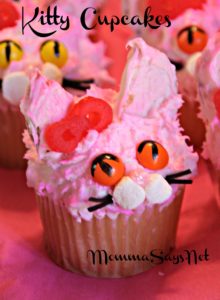 I am lucky though my kiddos school allows home made items to be brought to class. They also have a class were it is peanut free, she is not in that class but it is nice that they do that and all kiddos with peanut allergy is mixed into a class with kiddos who don’t, so they don’t stand out of course but at their age they don’t even care if someone has an allergy. She is not in that class this year so almost anything goes. 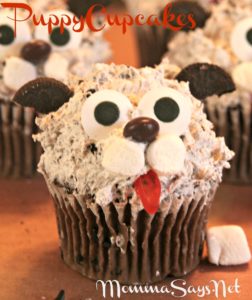 For her class she wanted to bring kitty and puppy cupcakes and she said it has to be homemade cause they taste better. OK I said and the challenge began. (I will not bake the cupcakes but I will decorate them so she will think I baked all night) I wish I could have baked I usually do, but this will make for a good challenge anyways.

The good thing now is that you can purchase some items like eyes already made. That will help cause I want to make the puppies goofy looking. I looked through the cookie and candy isles of the store for inspiration and that was what got me on a roll.

For the puppy’s ears I used mini oreo cookies chopped in half, for the kitty I used vanilla cookies cut in half then frosted. I used mini marshmallows for the muzzles on both.

For the doggies nose I used a skittle (grape) and pink icing for kitty nose (was going to use heart shaped sprinkle but kiddo isn’t in love with sprinkles lately). I made kitty eyes by using skittles and some black food color paste and painted on the iris and eyelids. I used candy licorice by Wilton for kitty whiskers (they taste like grape not black licorice which is a bonus). For whiskers I just cut one edge on the lace to split it into whisker shape.

Momma Says: Either store bought or the preferred home made, you can still craft the cupcake of your kiddos dreams with a few choice additions and time. 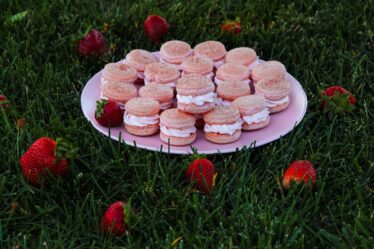 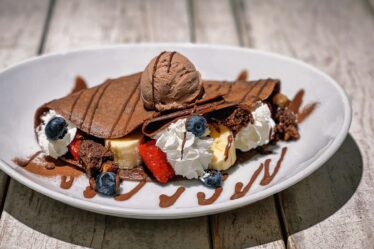